When did Dr. Garcia’s passion for mental health begin? Maybe it began when as a young man attending college in Austin another family member developed hallucinations and other signs that eventually led to the diagnosis of what is now known as bipolar disorder. He couldn’t help but feel their suffering and learned first hand how mental illness impacts whole families. Most likely it developed further when he started using acupuncture for treating patients with mental illness. One evening he was called by a parent of a patient with schizophrenia who was described as agitated and fearful. Dr. Garcia made a house call and was able to use acupuncture to calm their agitation and psychotic break symptoms.

For over 10 years, Dr. Garcia was a professor at the National University of Natural Medicine. He served as the Chair of the Mind Body Medicine program and developed expertise in academic and clinical communication skills. He saw how respecting student safety while learning communication skills supported their empathy and trust and built authentic confidence for their future work with patients. His passion for mental health deepened further as he began to include psychotropic or psychiatric medications as part of his patient treatment. He began to appreciate the strengths each of the various medical approaches carries towards supporting the desired outcome of improved mental health. His experience with both psychiatric medications and naturopathic approaches gives him a unique foundation from which to help patients move forward in their mental health choices.

Dr. Garcia has significant training in psychiatric medications, mental health diagnoses, and biomedical ethics, and has used his knowledge and experiences extensively in aiding those in need. He serves as the only psychiatric medication prescriber for several organizations including Quest Center for Integrative Health. He’s given professional presentations on the role of cannabis in mental health including how it can impact schizophrenia, bipolar disorder, and anxiety.

Dr. Garcia grew up in northern Europe and considers Germany his childhood home. His family lived near the Mosel River and as a young boy played within the grounds of old towers and castle ruins nearly 900 years old. His passion for mental health resonates with his experience in foreign cultures and in his own biological family and has given insight into appreciating our shared humanity while treasuring our differences. 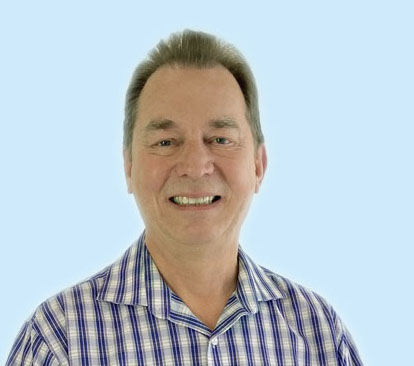 Through his diligence, Dr. Garcia moved the Board forward by providing invaluable knowledge and time in assuring the highest standard in health care is offered to the citizens of Oregon through the practice of Naturopathic medicine.

– Oregon Board of Naturopathic Examiners, 2007